On July 5, 2022, 54 international Doctors of Chiropractic associated with FICS (the Federation of International Sports Chiropractic) descended upon Birmingham, Alabama, with one mission – to serve the athletes and volunteers of The World Games 2022.  As the old saying goes, it’s better to give than receive,” and that was clearly evident throughout the Games – what each of us received in return was so much greater than what was given.

Among those 54 were 5 doctors representing Minnesota and the Minnesota Chiropractic Association- by far the largest state represented at the Games.  This is a huge testament to the strength of the association and the Sports Council.

Drs. Jaime Ayuso (current sports fellow at NWHSU), Craig Couillard, Sara Cuperus, Adam Millsop and Scott Mooring were selected to be part of this FICS Sports Chiropractice elite team, alongside some of the best sports chiropractors across the country and the world.  Arriving in Birmingham started with many unknowns – new people, new sports, new crazy Alabama weather to deal with.  So many unanswered questions.

During our first team meeting, it was evident that we would come together, united by our profession, to not only serve athletes but also grow together.  We quickly became a big family, supporting, teaching, and even some kind-hearted teasing at times. It was an opportunity to learn practical hands-on chiropractic techniques, life lessons, and practice tips. 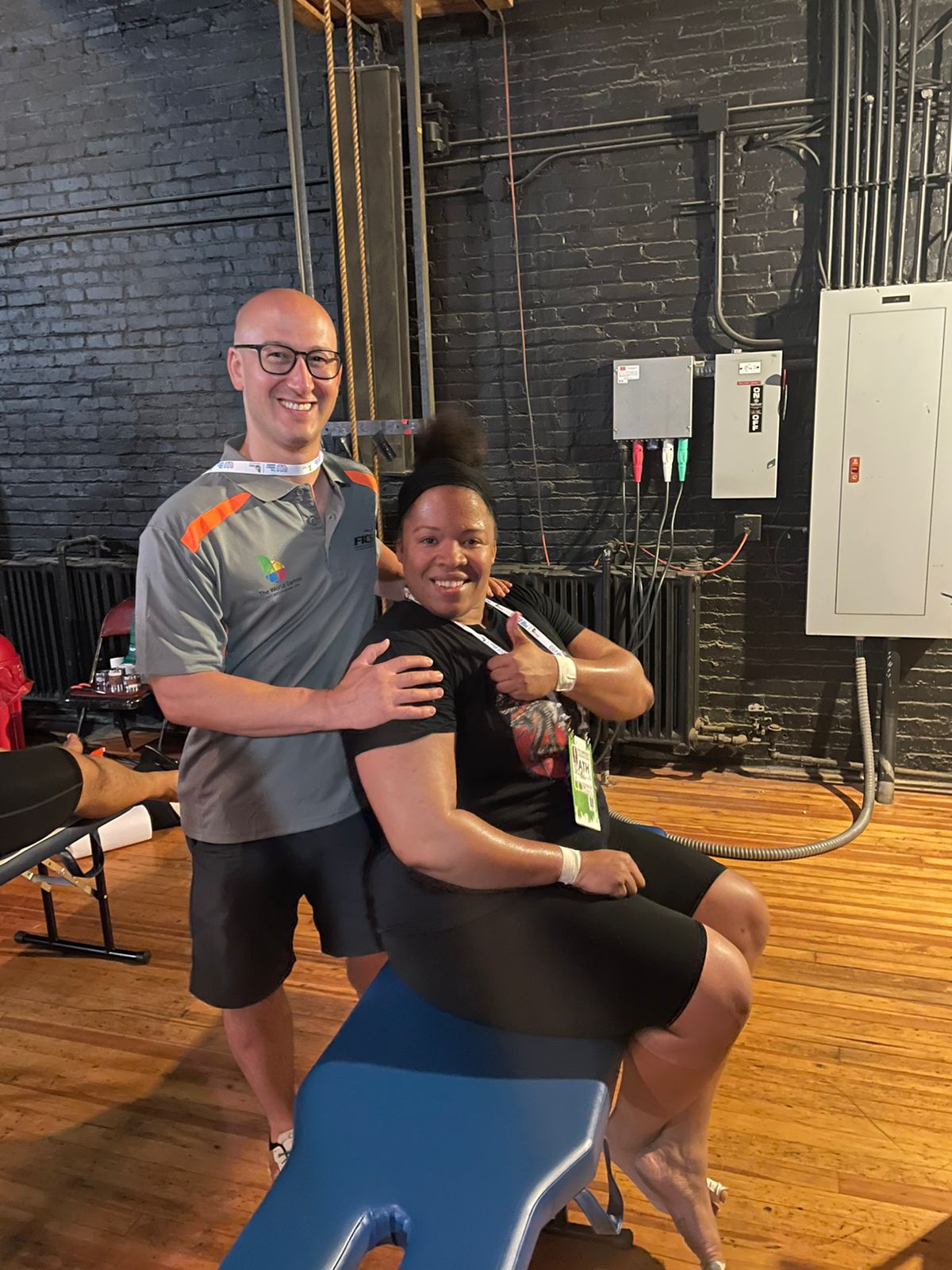 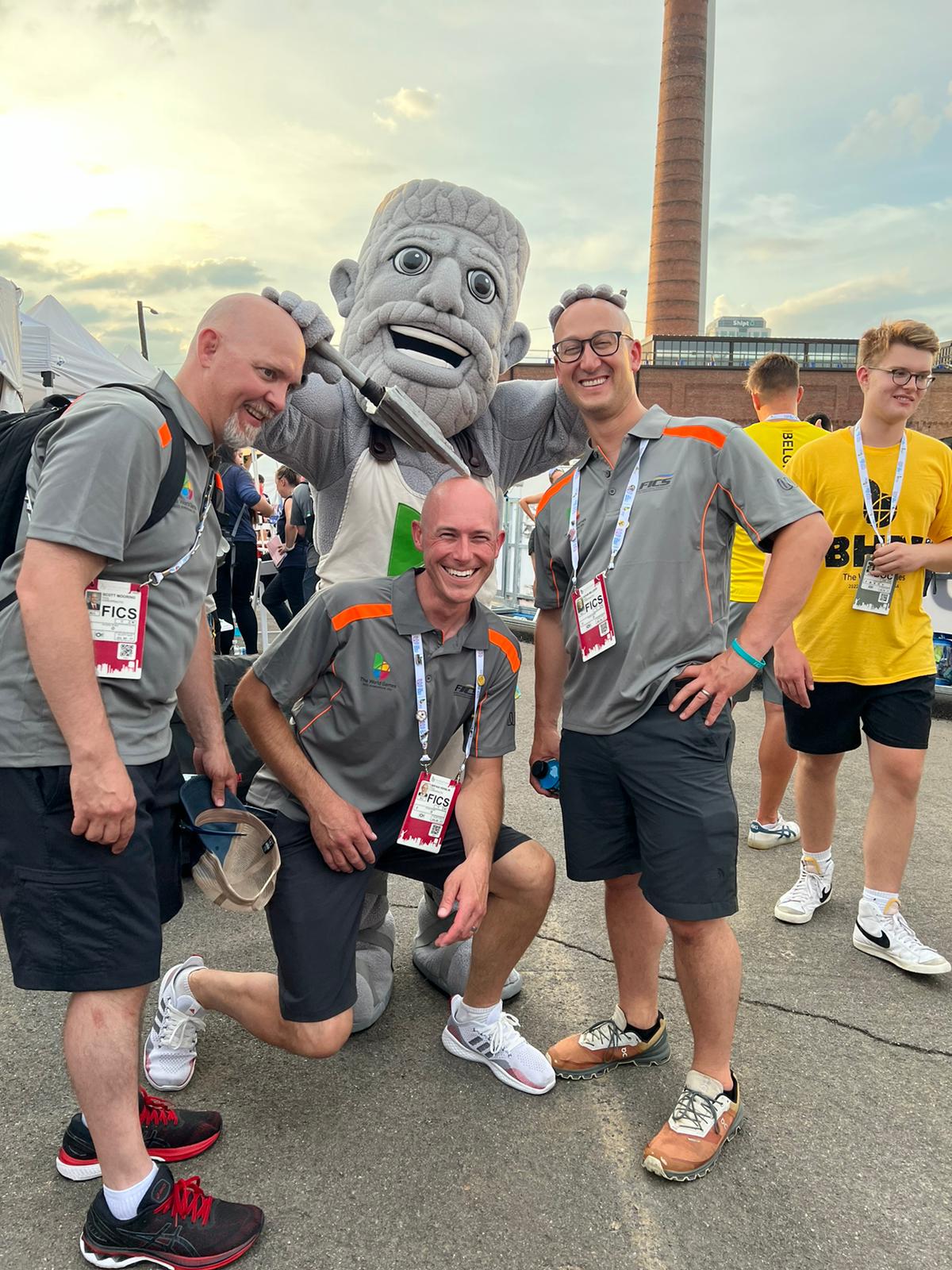 Pictured left: Dr Adam Millsop states, “Being surrounded by some of the most known and accomplished providers day after day really was a perfect environment to absorb so much knowledge. I picked up so many nuggets about techniques, business, and life.”

The FICS doctors were assigned to teams that worked at various venues throughout the city. Often, these were sports the doctors had not had much experience working with in the past. We worked with athletes from sports like sumo wrestling, archery, fistball, waterski, canoe/kayak, inline speed skating, orienteering, billiards, and powerlifting.

There were definite challenges to overcome – long 12–14-hour days, sometimes working in 90+ degree heat with 9000% humidity, “interesting” lunches, a broken table from a 500-pound sumo athlete and navigating the dynamics of such a large group of unique people.  Not to mention waiting forever to hear Lionel Richie at Closing Ceremonies.  The weather was the biggest challenge for some teams – on day 2 of the competition, the temperatures hit 101 degrees with a heat index of 114 degrees – our teams helped keep athletes safe in the heat and treat them in such extreme conditions.

Working with the athletes and volunteers was truly a once-in-a-lifetime experience. We treated athletes from across the globe with nothing but our hands – the way chiropractic was meant to be.  Nothing fancy or flashy, just quality care. Oftentimes, they were so grateful and appreciative of the care we provided, which was heartwarming to hear.  Their humbleness and gratitude filled our cups each day and made it possible to push on and do it again the next day.

It was fascinating to talk with the athletes about healthcare in their country compared to the United States.  Some countries, like Colombia, have little to no access to chiropractic care.  Something that we take for granted every day. 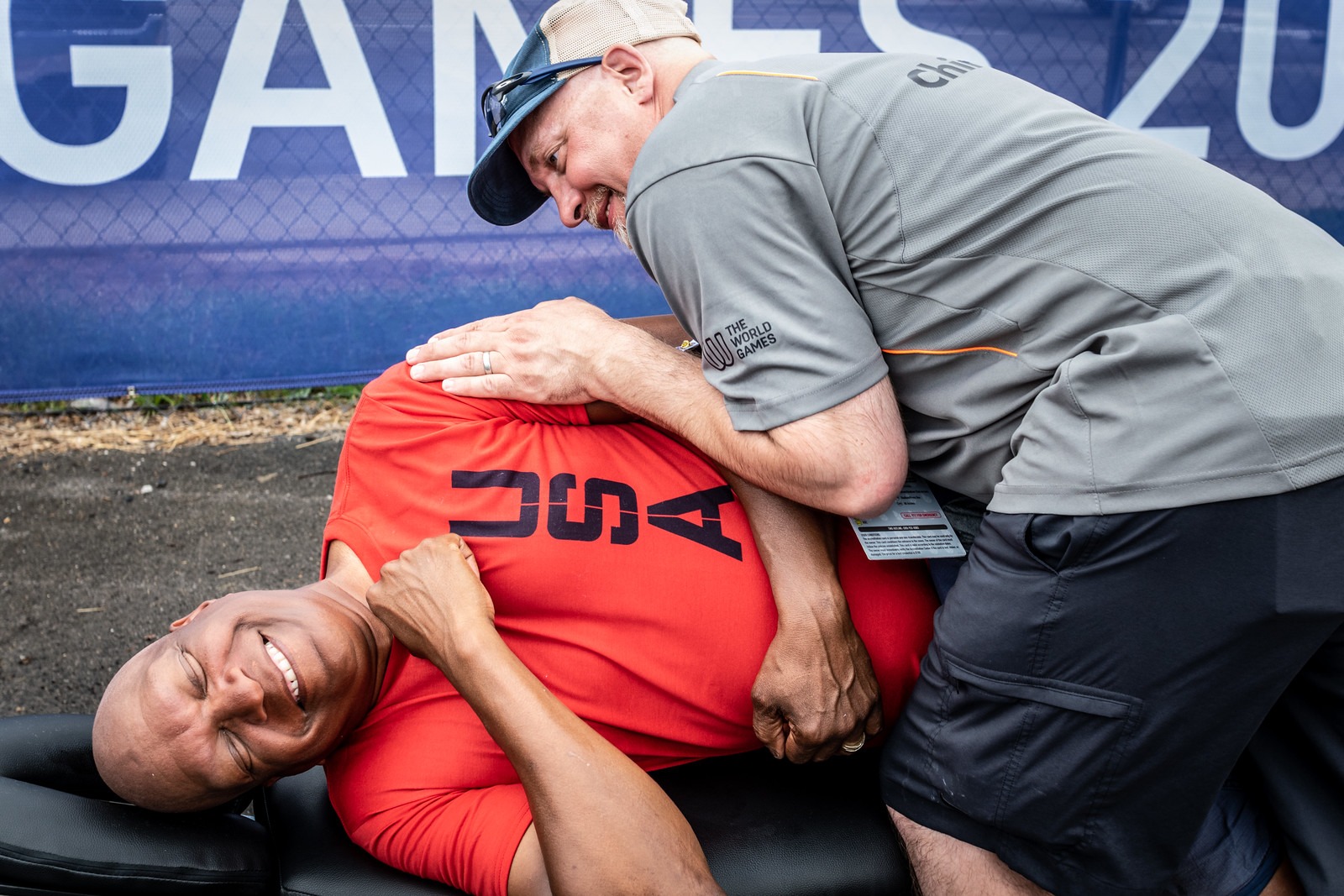 Dr Scott Mooring adds, “Working with world-class athletes who worked so hard to achieve their goals of being the best is inspiring.  Our team faced many challenges during our time in Birmingham, but we overcame every obstacle with camaraderie and teamwork, which is the most impressive memory I will take away from this experience.

In the end, we have emerged from this experience as changed people.  We’ve grown, and we are better for the experience.  We are better human beings and entrepreneurs.  We’ve deepened relationships and friendships with colleagues from around the country and around the world.  We are better doctors, and we have a renewed zest for treating the patients who come through the doors of our clinics.  We have elevated the chiropractic profession to an international level.  We are truly honored to have been a part of such an outstanding and life-changing event. 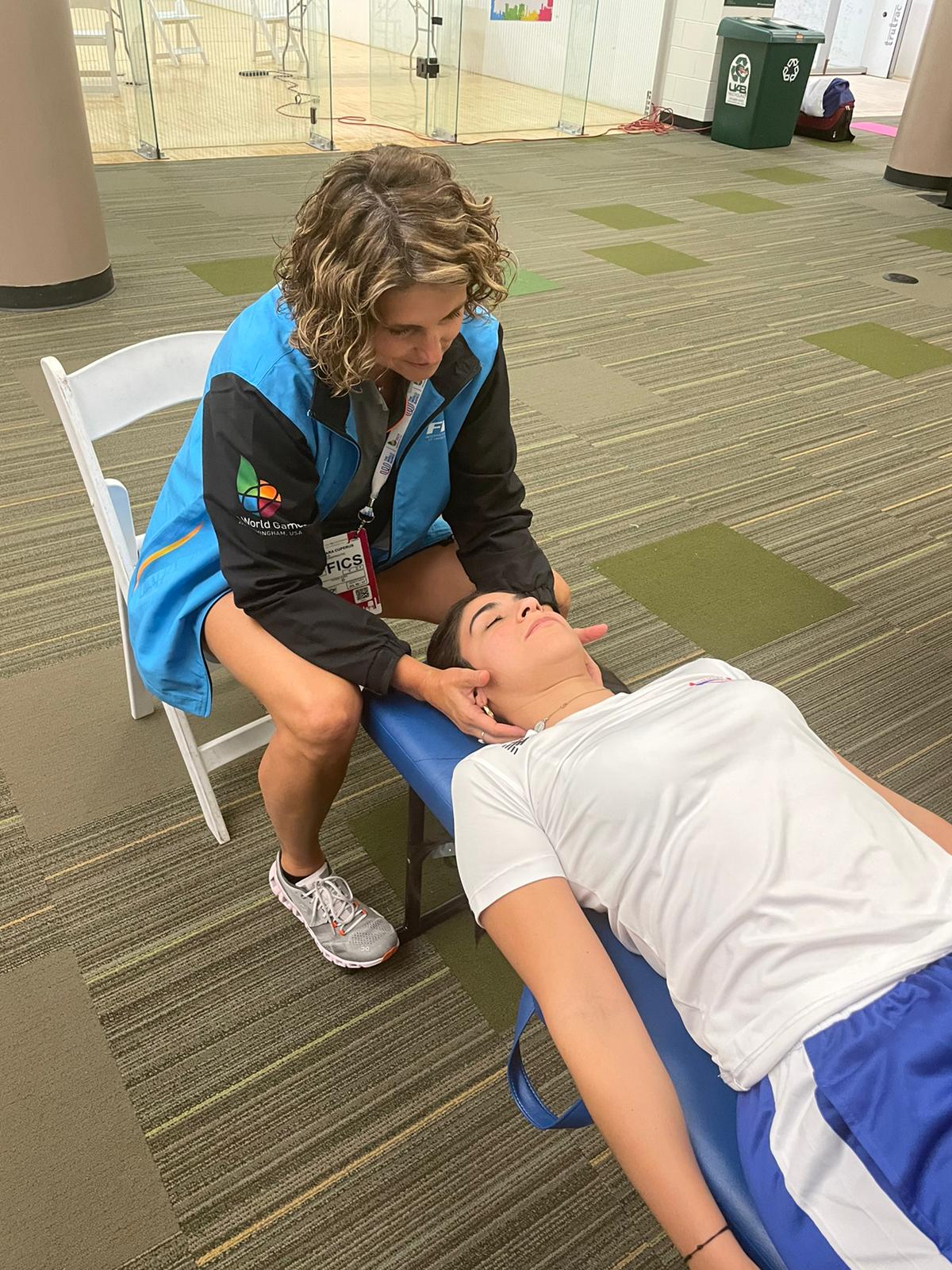 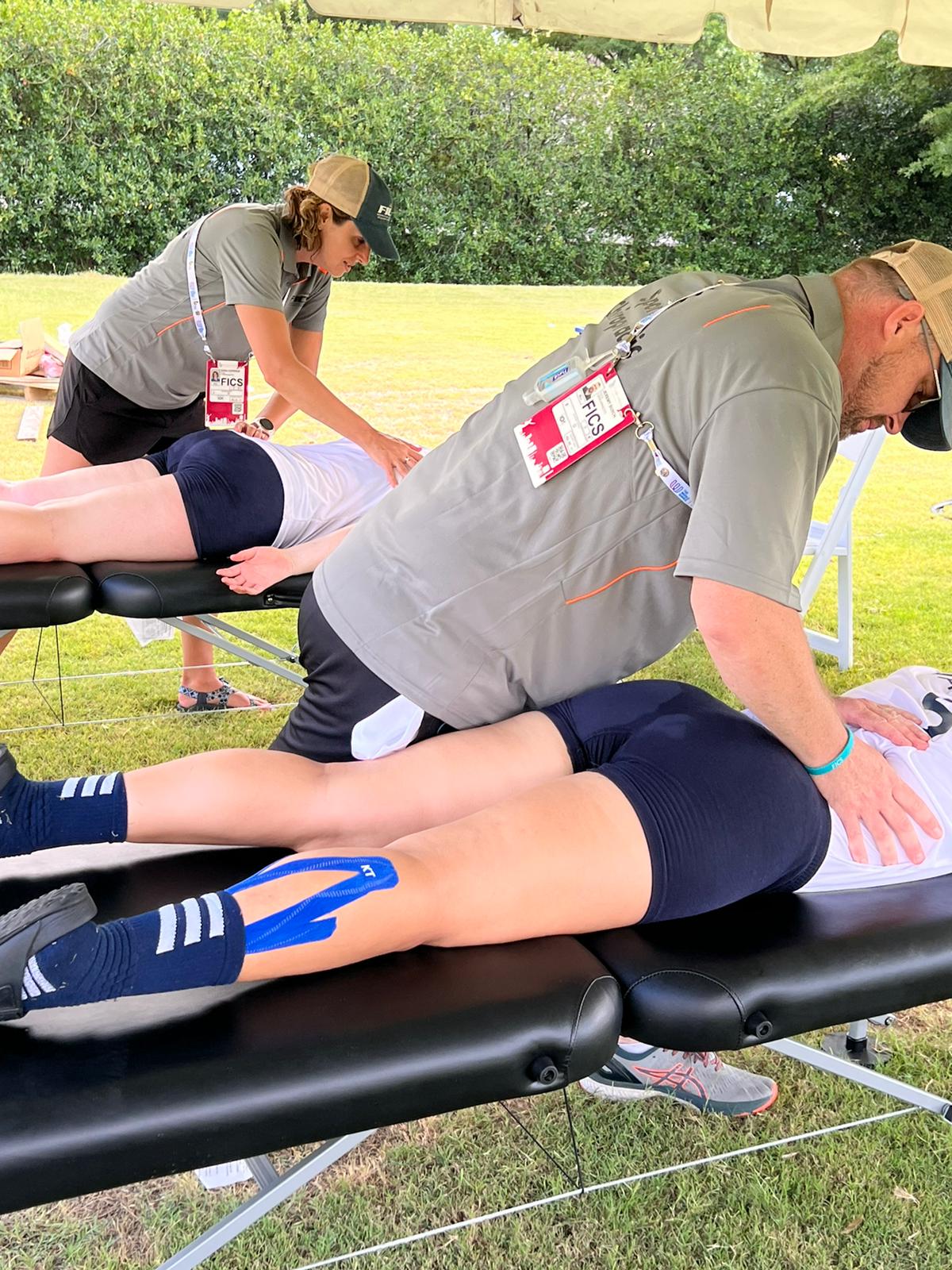 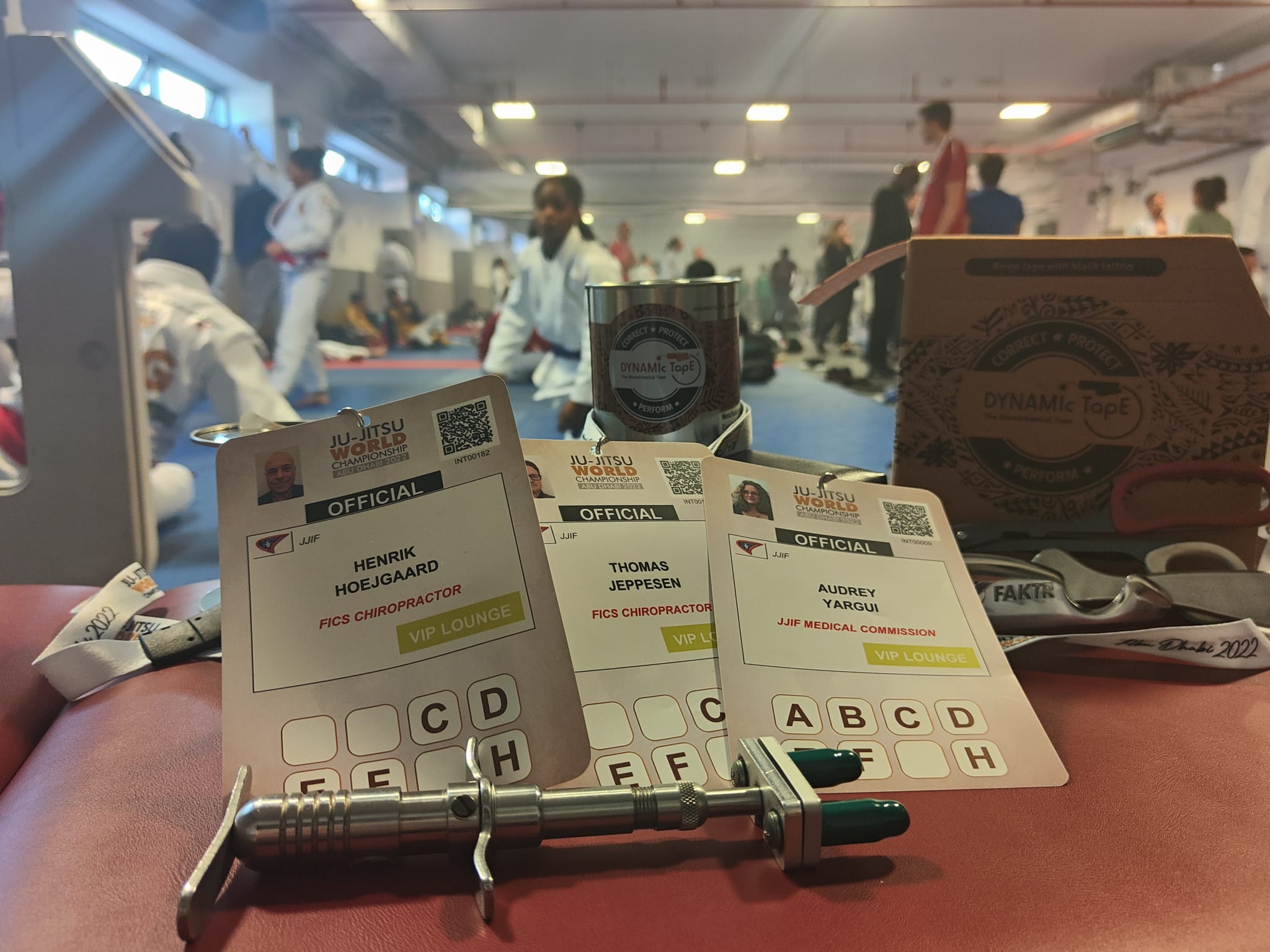 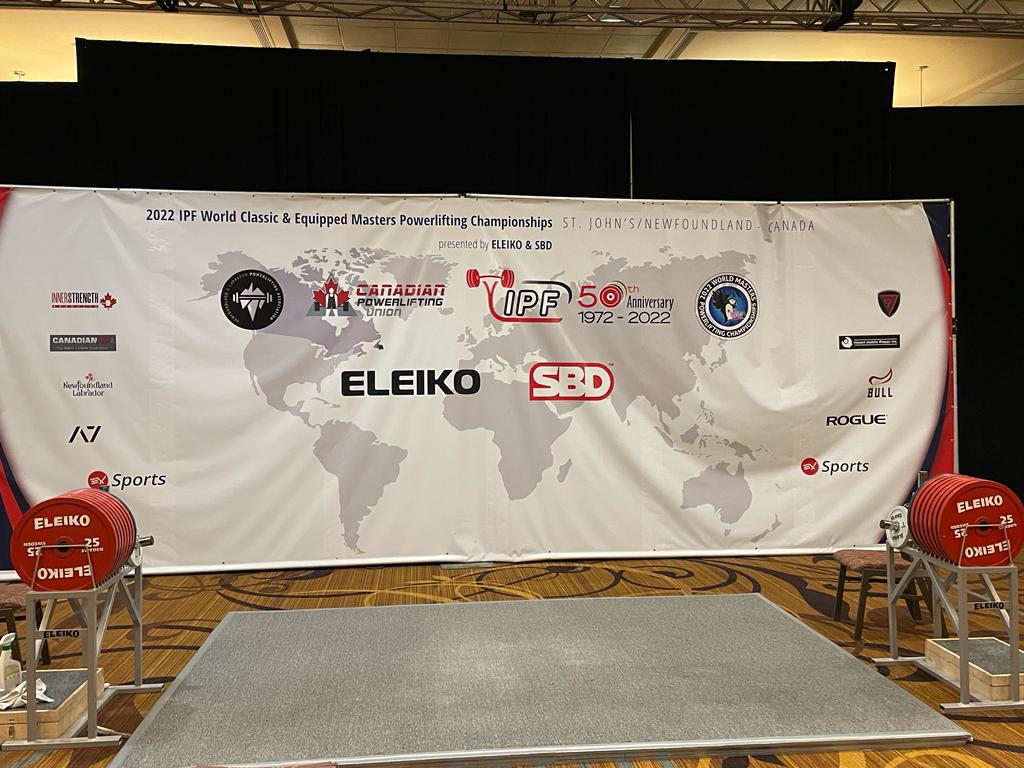 Written in Partnership with BACKspace ECU Chiropractors interested in participating in an international event with...