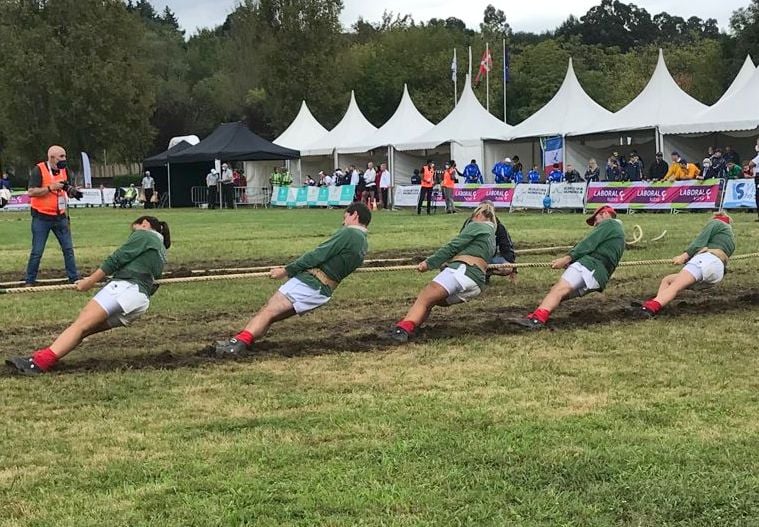 Yet again we received a wonderful welcome from the tug of war family and were looked after by them with their normal high standards, no issue is too great to deal with and we are left to get on with our work with no hiccups, distractions or problems. I want to thank TWIF for all that they do, both for us and everyone else, they have a well-oiled machine, and everything works. They are a pleasure to be with, to work with and to watch in action. For those of you who know nothing of tug of war I can only recommend it to you, it’s a great sport, its well organised and you will be pleasantly surprised.

This year’s World Championship was delayed a year and had a somewhat reduced field, as some countries were still not able to attend due the wretched pandemic, so only about 70 teams were entered. Getxo is the rich area of the Basque Country and is full of large houses, with a wonderful promenade and the architecture of the buildings there are full of nostalgia for the 1920’s when it was a famous spa for the wealthy upper class. The country itself is beautiful; mountainous, heavily wooded and very green, unlike the south of Spain. But we were in the official’s bubble and weren’t allowed out to see any of that (I stayed on for a few days and did see it). 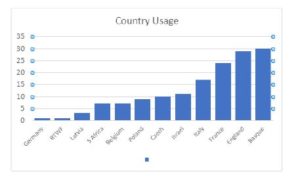 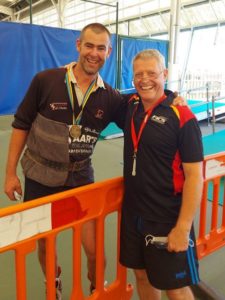 The chiropractic team was made of Mariusz Baniak, who now lives in Spain, Elena Guisasola from the Basque country and myself. We also had Victor Benedo, who is a qualified chiropractor but does not yet have his CCSP, to help out for 2 days. He did some soft tissue work, taping and helped at the â€front deskâ€.
We were positioned perfectly by the entrance to the pitch, in what was a covered tennis court area, so we missed the rain, and nearly all the teams had to walk past us. I have come to realise that positioning is really important for us at any of these games. If you are not visible and close to the athletes, you will not get the best take up. TWIF – the Tug of War International Federation – have taken my recommendations on board and now have a whole section on Chiropractic services in their handbook and we no longer have to fight for our spot.
We were thrown in at the deep end! On Day 1 we treated 43 people and the next day we saw over 60. The following two days we were back down to about 40 per day. In total we delivered chiropractic treatment to 214 people. We needed Victor’s help just to deal with the paperwork! Given that FICS aims are to provide a more level playing field by offering medical services to countries who do not have a medical team in support I think we saw representatives from every country apart from those with their own medical team

We had one particular success story; an athlete had managed to cause diastasis of his rib from the costochondral cartilage and was in a lot of pain. He was so painful to touch we just used some Dynamic Tape to stabilise the distal end of the rib. A bit later we managed to adjust him at T8 and his pain reduced dramatically. Some more taping and off he went. He returned later with a gold medal and thanked us profusely.
The other success story is really down to Trish. She had been trying to organise team shirts for us and it looked like our new supplier was going to let us down. I don’t know which particular Australian words of encouragement she used but the shirts, trousers and hats arrived with a few days to spare. We looked very smart. Thank you for your efforts, Trish.

My thanks also to Dynamic Tape for providing us with tape and to Mariusz and Elena for all their hard work and Victor. The take up of chiropractic within Tug of War has seen an increase over time and I shall be recommending that we have more chiropractors in the future. It is a great portent of things to come. The next World Games are in Holland in 2022 â€“ make sure you put your name into the hat! 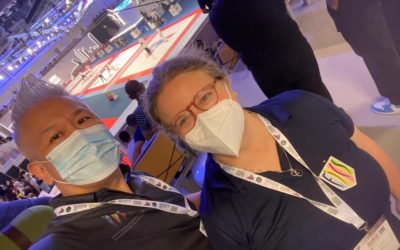 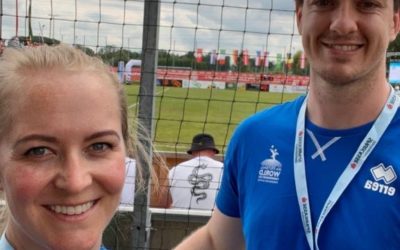 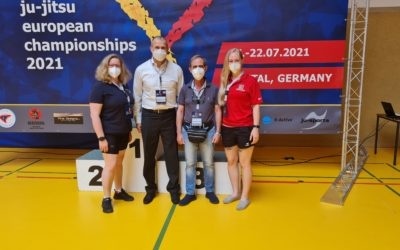