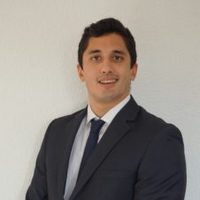 Dr. Nils Osseiran attended Murdoch University in Western Australia, graduated in 2015 and completed his ICCSP in 2018.  Sport has always been an important part of his life, having represented Western Australia in several national teams and Australia internationally in Lacrosse. He has treated at multiple local and national sporting events with a special interest in strength sports, having himself competed in several powerlifting competitions. Nils worked as a Sports Chiropractor in private practice in Perth, Australia for several years and now resides in his city of origin, Lausanne, Switzerland.